Sorry sorry I know I've been rubbish at keeping this updated...but it's hard...I legit spent tons of time in Nepal catching up on about 2 months of my own diary (by torchlight...but we'll get to that) let alone blogging :/ and you know what they say...spend the time making the memories to capture, not capturing the memories...or I'm just lazy...yeah more likely that :/
Anyhow I'm in Lombok and it's been absolutely bucketing down so I thought I'd try and properly sit down to write so here goes...back where we left off...Hanoi.

I arrived in Hanoi exhausted but excited to spend Christmas in the capital of the most Christian country of south east Asia and New Years on a boat on Halong Bay?....hell yes!
Hanoi is much smaller and less westernised than Saigon which was lovely, I stayed in the old quarter near Hoan Kiem Lake which although chaotic was very atmospheric. Big shout out to Hanoi Backpackers, these guys run an awesome hostel, incredible tours are are just generally all round fantastic people.

The first couple of days was a blur of exploring the city and hitting the sights.
Honestly I can't remember what was on what days so in no particular order:

Hoa Lo prison: contrasting on areas but a good overview of large parts of Vietnamese history

Temple of Literature: really pretty area but I think I must have lucked out with tour bus hour...it was so.crowded.

Ho Chi Minh Mausoleum: Reaalllyyy spooky...you had to get there super early, go though more security than an airport...line up...walk across a massive complex that was all misty and had a huge building set in the middle. Once you walked past the extremely heavily armed guards you couldn't stop moving as you filed around Ho Chi Minhs body which looked extremely wax like. Weird but cool.

....and simply meandering the lanes of the old quarter

Christmas Eve pub crawl was a crazy night involving trying to buy Santa hats off innocent bystanders, free shots for Aussies, clubbing Vietnamese style and kebabs before we got (very!) lost on the 2min walk home that meant at 20min cab to get us back...oops...Merry Christmas!! 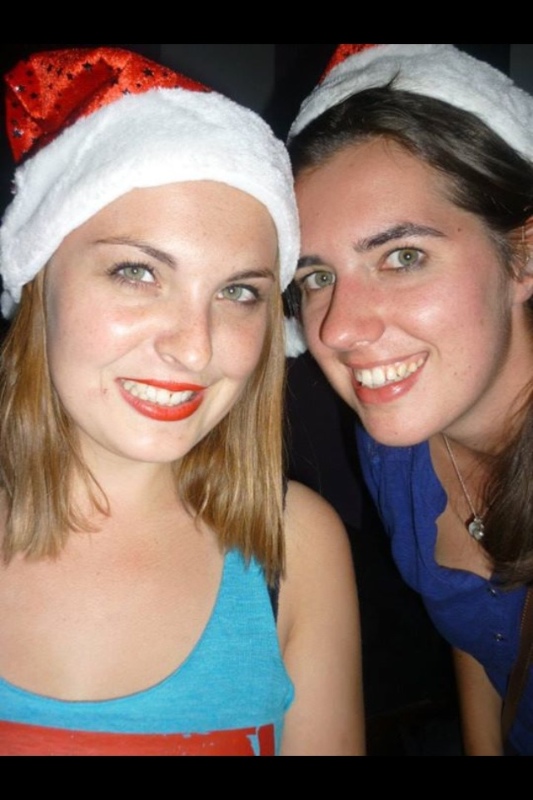 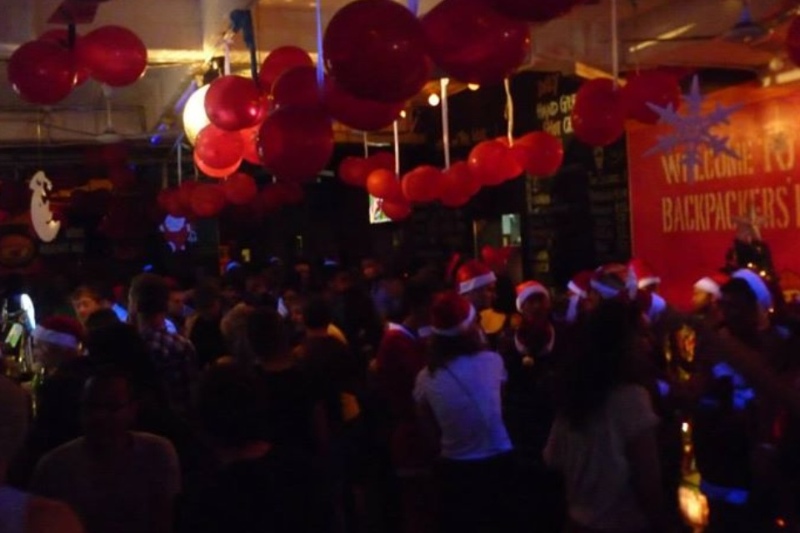 After a late start the next morning and much skyping we had the most massive lunch on the roof and with free flow beer and sangria we were all in bed by 8pm...woo so much class right there.
Scored some cotton buds in the secret santa...so useful!

Came down with a cold over the next couple of days so instead of heading out of the city for a couple of days I stayed in bed...awesome. That was a fun story. I did however manage to drag myself out to Joma (what a surprise :/ ) and skype Immy for a record breaking 3.5 hours while she was in Spain...good grief.

There was a night out somewhere here worth mentioning. The curfew in Hanoi is midnight when everything closes...we all headed across the highway to a club ran by the mafia and kept on going. On the way home one of the guys was asked if he wanted a ride by a moto driver who then tried to pickpocket him...much persuading and fight breaking up later we were followed all the way back by said driver which did not help any of the guys patience or testosterone levels!

I couldn't sleep one night and around 4.30 am I decided to get up and head over to the lake as many people had said it was really interesting pre dawn and I knew I'd never wake up that early!
So so glad I did...despite the freezing cold, everyone and anyone was out exercising and socialising and it was more crowded than during the day! 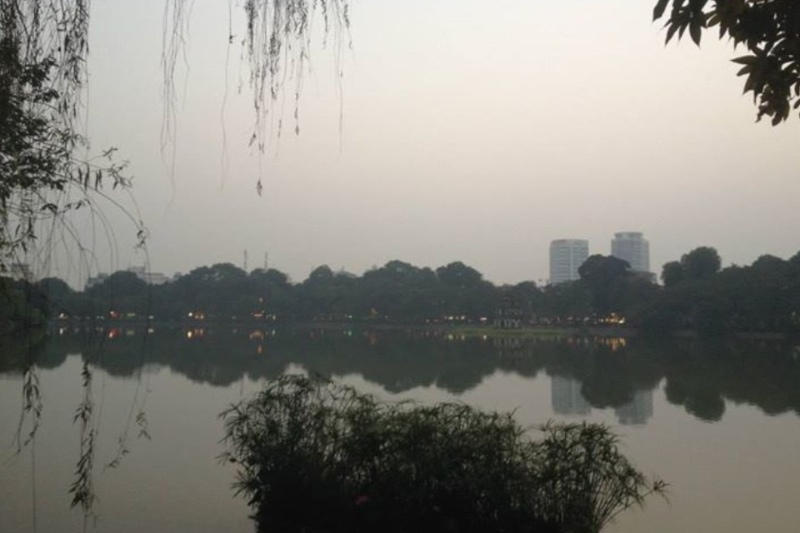 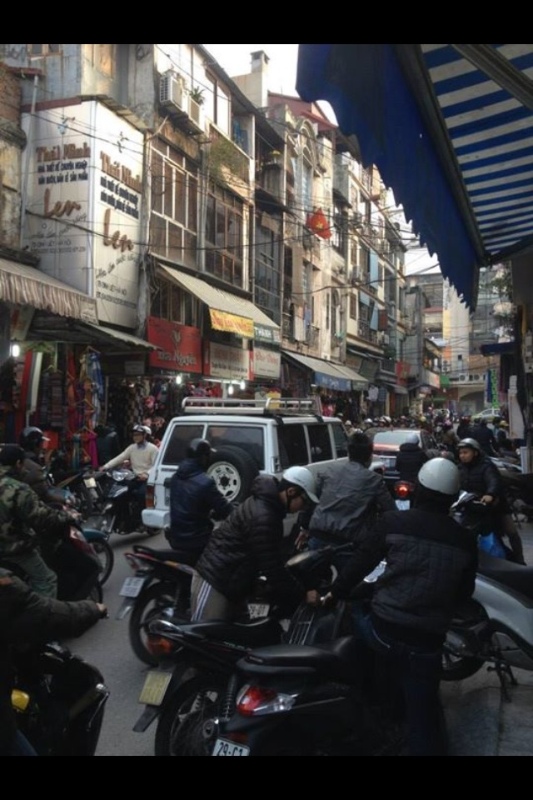 New Year's Eve came around and it was time to head off to Halong Bay and that is another post in itself I've decided! Sorry this is so rambly, it was a while ago!

Previous Next Table of contents

This blog requires you to be a logged in member of Travellerspoint to place comments.

If you aren't a member of Travellerspoint yet, you can join for free.